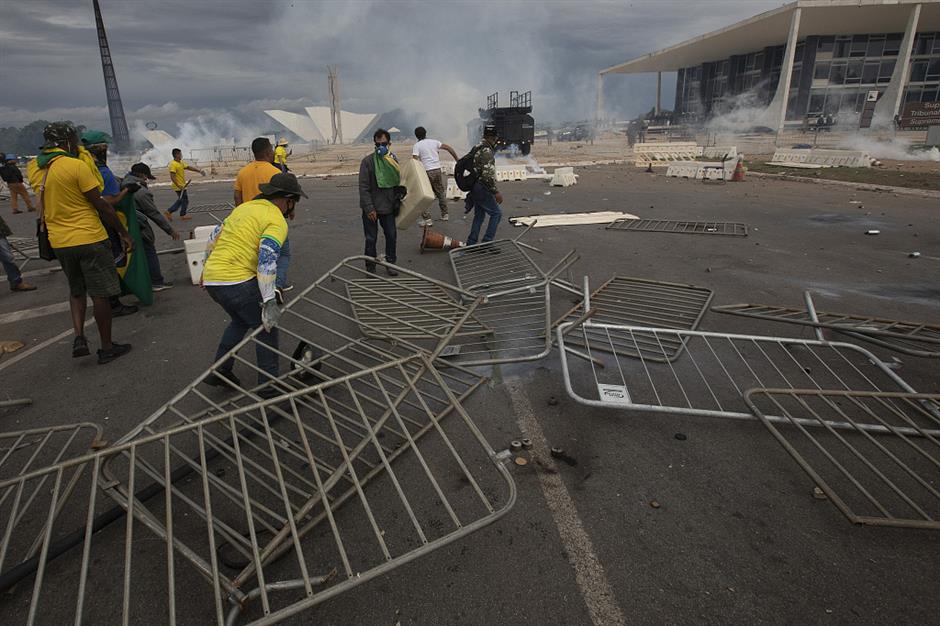 Supporters of former President Jair Bolsonaro clash with security forces as they raid the National Congress in Brasilia, Brazil, on Jan 8.

They would be punished "with the full force of law," Lula said.

Local media reported Brazilian security forces have retaken the national Congress building from the rioters, while operations were still underway in the Supreme Court headquarters and the presidential offices.