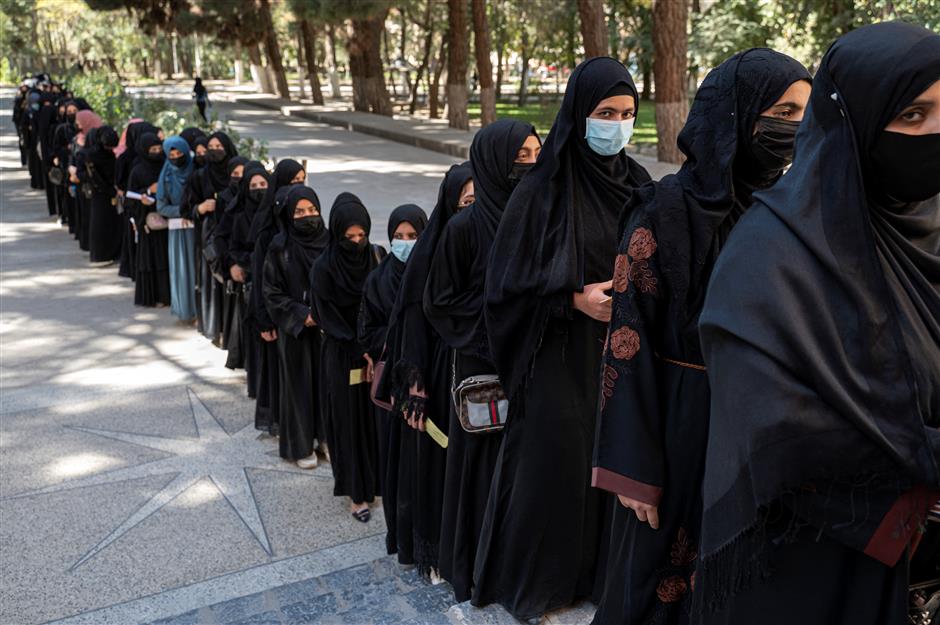 In this file photo taken on October 13, 2022, Afghan female students stand in a queue after arriving for entrance exams at Kabul University in Kabul.

The top UN envoy for Afghanistan said on Tuesday that she was saddened by the Taliban banning women from universities.

"I am very saddened by the news that was widely reported this morning that the Taliban Minister of Higher Education has banned women from attending universities. This is detrimental for women but also for Afghanistan more widely," said Roza Otunbayeva, the UN secretary-general's special representative and head of the UN Assistance Mission in Afghanistan, in a statement. "As I said earlier, this decision, if true, is devastating."

The news of the new ban broke while Otunbayeva was in New York to brief the Security Council on the situation in Afghanistan.

"I briefed the (Security) Council this morning on a number of human rights concerns that we have expressed to the Taliban de facto authorities. Ever since the Taliban banned girls' secondary education in March of this year the council has been unanimous in condemning this decision. So many young women lost the whole academic year and now another harsh decision has been taken to ban university education," she said. "I regret that the Taliban do not seem to think about the future of Afghanistan and how women can contribute to the economy, education, and culture."

Otunbayeva said the United Nations is seeking further information and clarifications about this decision.