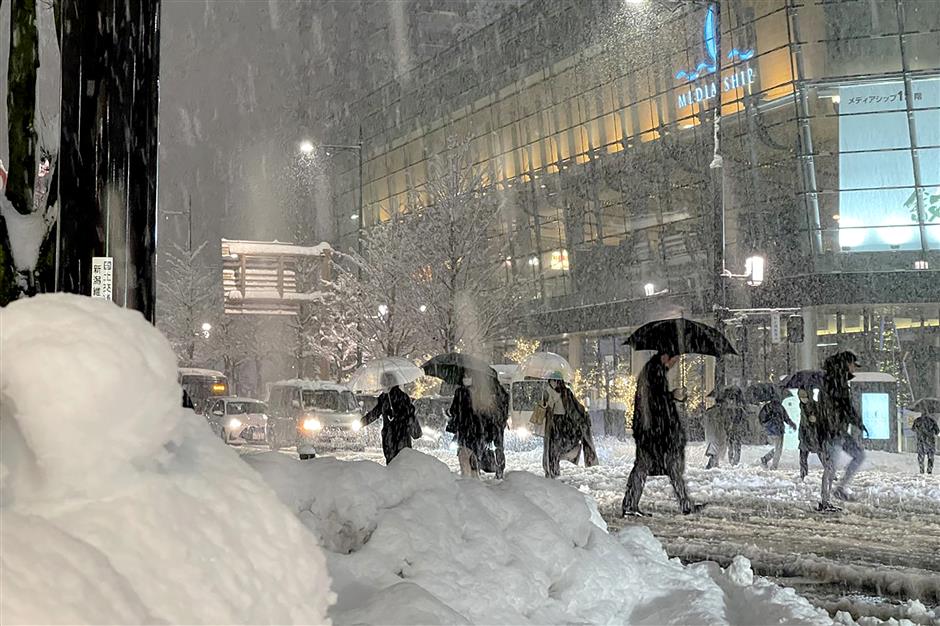 People cross the road carefully as heavy snow hits northern Japan in the city of Niigata on December 19, 2022.

Weather officials said vehicles became stranded in heavy snow on roads in Niigata Prefecture, with local media reporting that the Self-Defense Forces were enlisted to help with the situation.

The Japan Meteorological Agency reported that as of 11 am (0200 GMT), the amount of snowfall had reached three times the seasonal average in some areas, with 2.24 meters recorded in one village in Yamagata Prefecture and 1.87 meters in Niigata Prefecture.

Local authorities said traffic jams on major affected highways in these regions are set to continue.

In the early hours of Tuesday morning, around 800 vehicles were stranded on highways in Niigata's Kashiwazaki, with the heavy snow also causing power outages and bringing a halt to some train services.

The weather agency said that icy conditions are expected to hit again from Thursday and alerts for strong winds, blizzards and heavy snowfall may be issued, owing to a winter pressure system mixing with an influx of cold air.